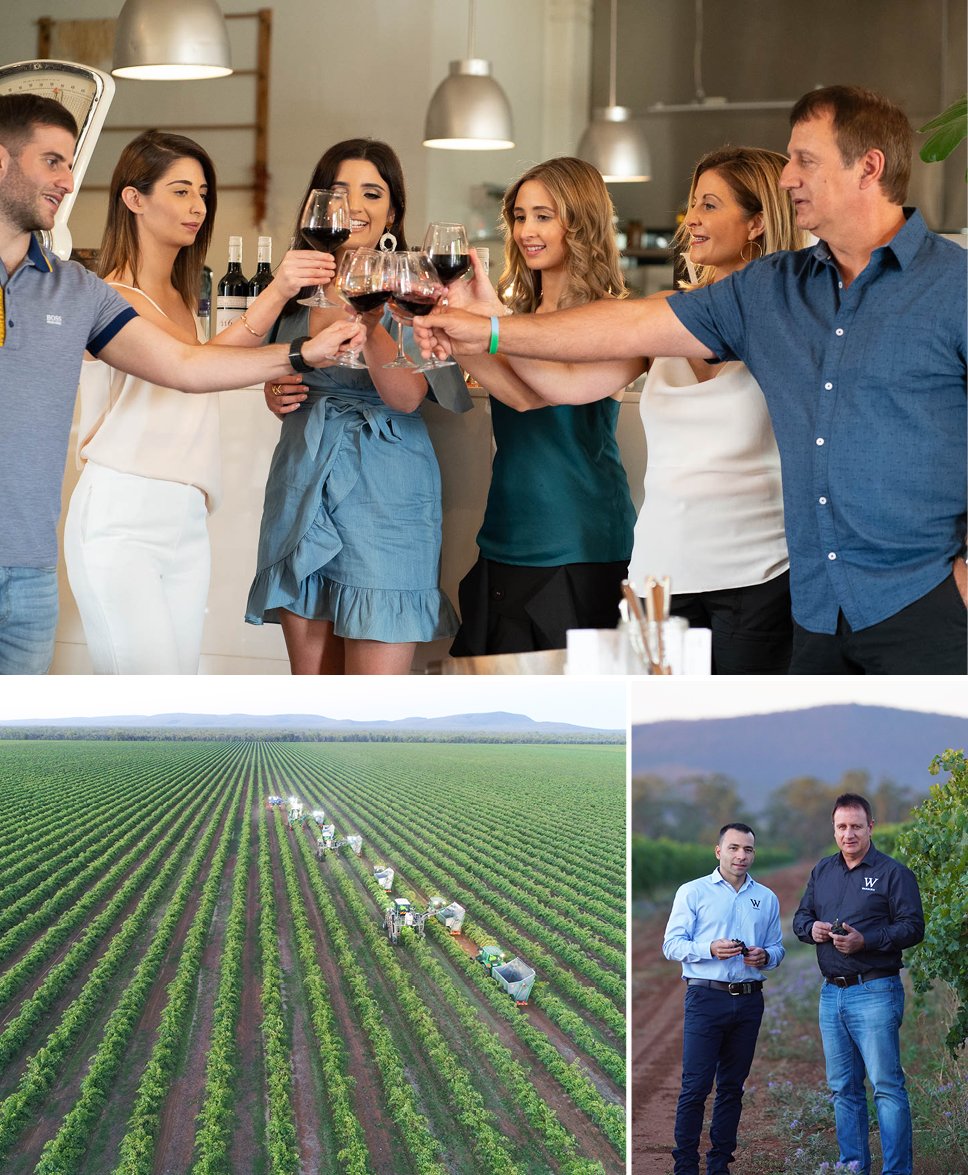 welcome to our family

Today, with 4 generations in the making, Warburn is currently the 8th largest winery in Australia and exports wine to almost 30 countries. Warburn is still a family owned business that continues to grow their market, expanding their sales into other countries due to the popularity and success of their wines. Warburn is now one of the most significant wineries in NSW and a major Australian producer ranking within the top 10 of the nation’s production.

Warburn has the capacity to crush 45 000 tones and has the storage for 42.5 million litres which is equivalent to approximately 56.5 million bottles and 9.5 million cases.

Woolworths Liquor Supplier of the year 2011.

Warburn having a location advantage for high quality fruit for well executed wines.

the home of sweet lips infusions

With an extensive collaboration with Australia’s leading flavourist, Warburn have created four on trend infusions that have entered the market.

SweetLips Infusions are all extracted from natural plants and fruits with no artificial colours or flavours. Together these natural flavours create a combination of crisp acidity and moderate sweetness.

Warburn Estate is a leader in the Riverina wine region and Australian wine industry. Proudly in Australia’s top ten wine producers – Warburn Estate is owned by the Sergi family, whose winemaking heritage was brought to the area from Italy in 1952. Today, it stands tall as a fourth generation, pioneering wine family. From the first grape plantings in Tharbogang, to today, producing one of Australia’s fasting growing brands under $7 – Gossips, Warburn Estate’s achievements have been remarkable. The foundations that established Warburn Estate in the 1950’s remain the same today – hard work and strong family values.

Enjoy our W Sauvignon Blanc with a light & fresh p

Vintage is officially upon us! Let’s go! #vintag

Get a little fancy and enjoy a wine with Antonio t

Vintage is almost upon us! Stay tuned for footage

Get Christmas ready with the best 🍷🎄 #montep